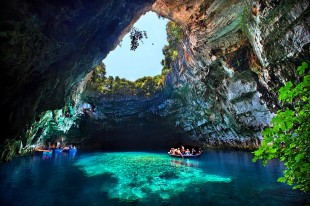 Melissani caves in Kefalonia are located about 10 km from Argostoli and 2 km Sami, in the east coast of Kefalonia (Cefalonia). The caves are surrounded by forests, while a mountain slope is located to the west of them. In mythology, Melissani was the cave of the Nymphs.

Melissani cave is the most spectacular lake on the island. The cave is 100 meters long and the lake takes about one third of its length. It was first discovered in 1951 and was opened for the public in 1963.

However, locals were aware of its presence much earlier. The water is a mixture of sea water and sweet water. The brackish water rises from a 30 meters deep cave system on one side of the cave and flows to the other end of the cave, while the salt water comes from sea as the cave is located only half a kilometer away from the sea and is a meter higher than the sea level.

In 1953, during an earthquake, the cave’s roof fell in, creating wonderful light displays on the cave’s walls. Be sure to visit the cave between July and August, at the middle of the day, when the sun reflected in water is creating mind dazzling colors on the walls. 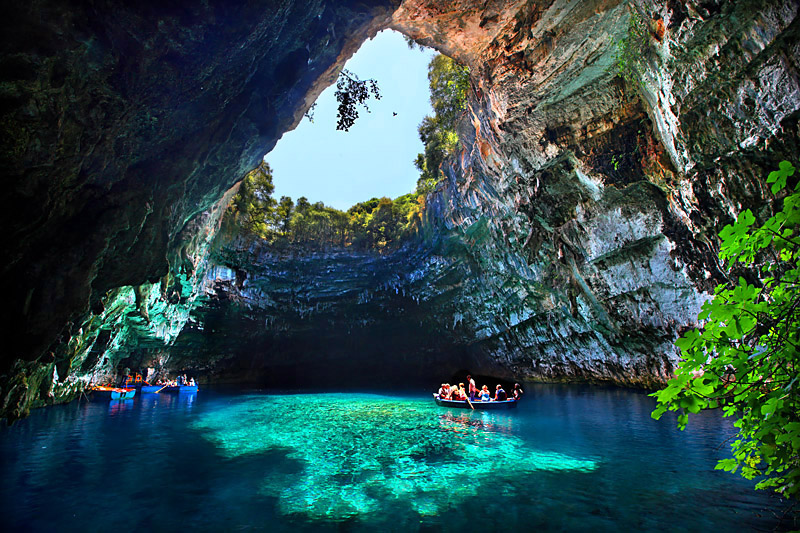 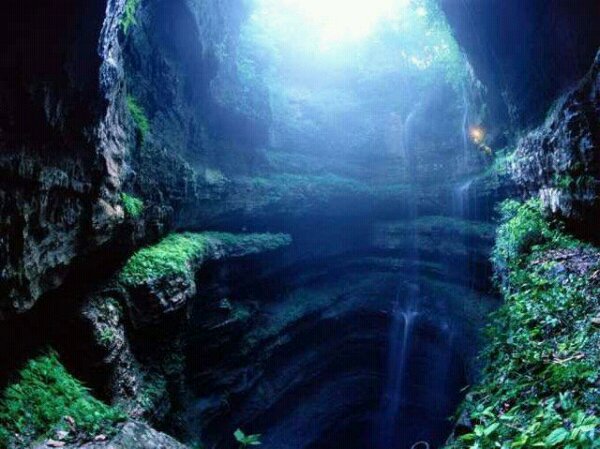 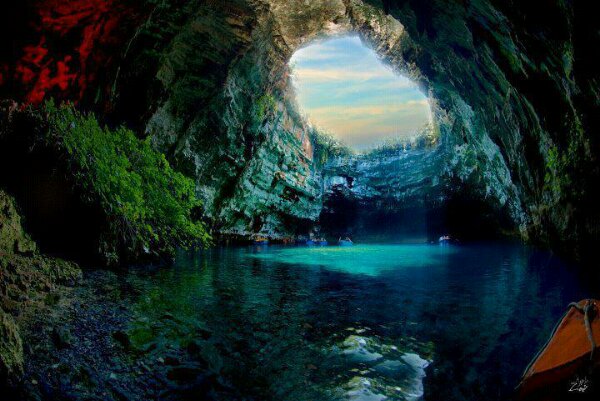 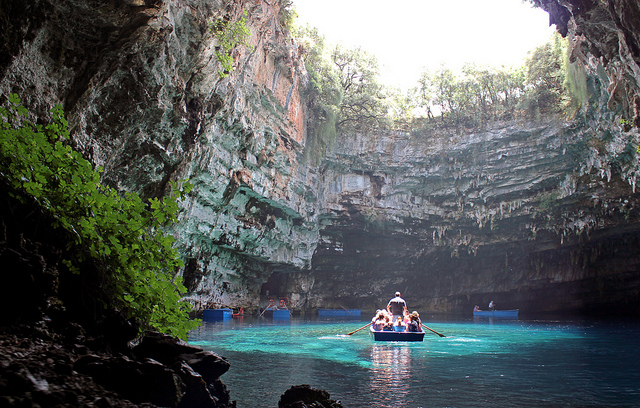